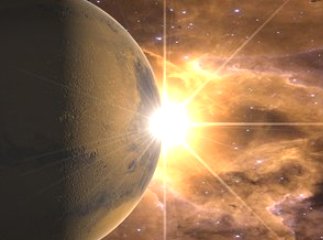 Establishing new territory has always been a difficult process. There are the brave that decide to tackle both the human and the environmental challenges that will either propel the conquering stage forward, or will defeat your effort. The world population clock says the earth has 7 billion people and counting. With this, counting comes political and economic woes that are beyond bothersome but are necessary to live under a democracy.

There is, however, a company that plans to expand where you can live in the galaxy making earth a choice and Mars, the other. So, if you’re interested in trading in your birth planet, the Mars One project would like to hear from you. Not only will you be a candidate for Mars, but for a reality show as well. Before departing for Mars, the whole world gets a chance to decide whether you are “fit” to go- intellectually, physically and assumed, mentally as well with mental health being the benchmark of great importance.

So, here’s the question, would you consider traveling and making your new home on the planet Mars? You could pen the phrase “Mars Bars” for real. Think of Mars Chips, Mars Burgers, Mars Spring Water or sending an intergalactic text that reads: “ in my Mars suit, sipping soup.” All jokes aside, this is really not a joke.

This nonprofit is seriously thinking “other wordly”. They hope to send the first human colonists to Mars by 2023. The Mars One group has an interesting plan- the trip is one way. Imagine that! You get to take a trip to Mars; permanently leaving Earth worries behind you. There is, however, no promise you will not run into even more challenging circumstances once you make Mars home. Atmospherically, the climate is colder; it is mostly carbon dioxide and of course, for us humans; this is quite deadly, not to mention their magnetic field has been out of whack for billions of years. For ladies, leave the heels home; your dress code will change dramatically as well. Shampoo and lots of it will be needed alongside lots of bubbly bath stuff- Mars is called the Red Planet for a reason. Dust storms over 25 feet are to be expected, and it would be nightmarish to try to outrun a Martian sandstorm in heels. However, here are some tradeoffs.

You get to create your own political and educational system, or you can opt to just let political correctness exist within the context of a free-spirited  colony. No rules. No oversight. No tiers measuring economic rigor or any work for that matter. Maybe just sipping Martian latte’s and enjoying bonus years you’ll get as you age slower. Yes. Moving to Mars makes you younger.

Job Application: Looking for 24 Aspiring astronauts and wannabe reality TV stars who will undergo 7 years of training- intellectual, physical and mental strength a must

Requirements: Send in 1 minute video on why you should be chosen to help colonize Mars. No experience necessary but must be willing to leave earth forever.