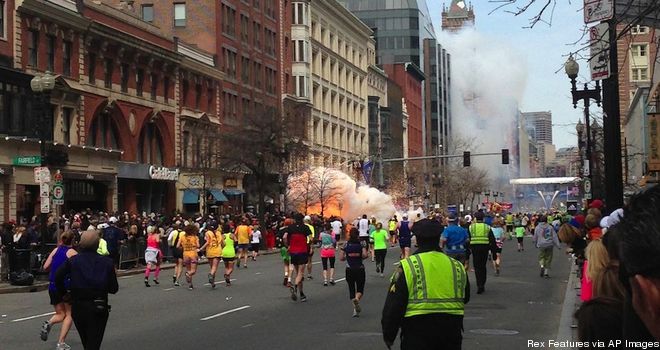 Just a few hours ago there was a bombing near the end of the Boston Marathon. It is reported that 2 have been killed and over 100 injured. The device that exploded is said to have been a “crude” bombing device. Homeland Security has indicated that no one has claimed responsibility and there are no suspects in custody.

The FBI has taken charge of the terrorist attack and the President will make a statement from the briefing room in the White House.