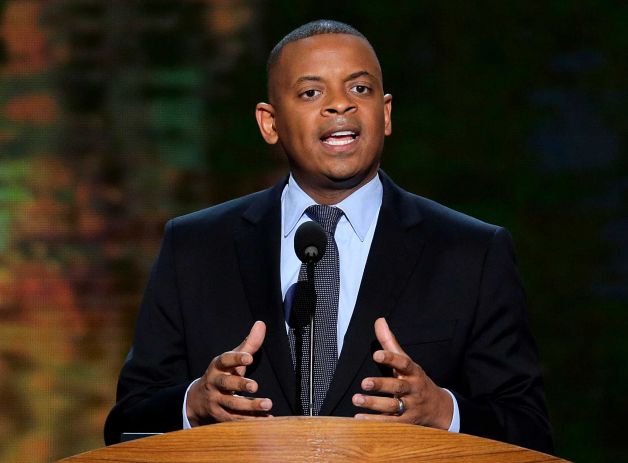 With the appointment of Foxx as US Transportation Secretary, comes the challenges faced by outgoing Transportation Secretary Ray LaHood. An immediate issue has been a sequestration matter. Budget cuts and furlough of aviation employees fueled an intense week of air travel sending  the House and the Senate, back to the table to reverse the furloughs.

Foxx will have to deal with this ongoing issue and a myriad of others. Such issues involve helping the President reach key transportation goals for the US. He will not only include in his responsibilities, by 2016  ” re-imagining” a country  that has the ability to fiscally sustain its transportation efforts, but leadership that ensure citizens are granted access to platforms of transportation that enhances their ability to connect with each other, strengthen both frail and flourishing economies, and build a network of environmentally safe transportation tools, that other generations will fuel as well.

Transportation is an issue that causes a number of matters to flare if you live outside of communities designated as rural. In country places, transportation is viewed as an issue that highlights, distinctively, the culture of living rural.  Once you migrate from your more rural areas and enter a more metro-urban eclectic environment, the more tensions there are.  Air travel, electric rail and other more sophisticated modes of transportation, are not readily found in places for example like northeastern, North Carolina.

Notwithstanding this fact, transportation in rural communities or  its access, is still an issue that has gone unresolved.  The economics of reliable “public” transportation in rural areas, will always delay legislation that takes a more aggressive role, albeit; such a part is needed. As Foxx accepts his job as Secretary, it is hopeful he will allow his service to a state with a range of transportation needs, to help drive his attention to quaint rural places such as northeastern North Carolina.