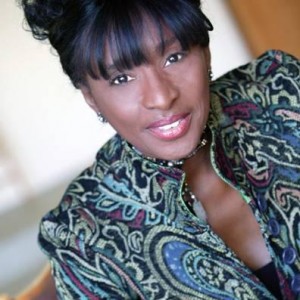 For days now I have endured a smorgasbord of outlets reporting negatively on Cam Newton, a young African American quarterback for the Carolina Panthers who works hard and competes even harder, leading his team to Super Bowl 50. Imagine that. Here we have a young, 26-year-old African American male living his dream-navigating the politics of first the collegiate culture, and then the professional football culture to emerge as a highly competitive, spirited, strategic super threat of an athlete; one of the best on the planet. And, instead of him being celebrated for his accomplishments, critics speak of Cam Newton in ways that are perplexing and less than complimentary. Meanwhile, invisible young black boys are watching, listening and wondering.

These comments are being made while school systems and systems of incarceration in North Carolina and across the nation struggle to keep young black males in school and out of jail. We preach to them about dreaming big and living the American dream. We inspire them with stories of courage and endurance… of hard work and sacrifice. At the same time, they hear us throw disparaging remarks at a young man trying to learn his way in a highly competitive world where millions of dollars are in play. The pressure to be a super performer is palpable – have you seen his super hero commercials? It is almost more than a 26-year-old can carry.

He needs a full community of supporters across lines of race and culture and ethnicity to help. Whoever said words don’t hurt and don’t have power? That is wrong, very wrong. In fact, the truth about words is that they have a strong creative power. Words can create. Words to young children can change lives. Millions of dollars are being spent on low wealth schools (average of about $1500 per child locally) and after school programs (some say nationwide up to 1.2. billion) with hopes that teachers and mentors and community leaders will speak words of encouragement and inspire greatness.

There is no doubt that we are losing our African American males to a life of incarceration and ultimately poverty. According to the Census Bureau American Community Survey, the poverty rate for all African Americans in 2012 was 28.1%. Black families with children under 18 headed by a single mother had the highest rate of poverty at 47.5. In addition, the Criminal Justice Fact Sheet: Racial Disparities in Incarceration reports that:
• African Americans now constitute nearly 1 million of the total 2.3 million incarcerated population
• African Americans are incarcerated at nearly six times the rate of whites
• Together, African American and Hispanics comprised 58% of all prisoners in 2008, even though African Americans and Hispanics make up approximately one quarter of the US population
• One in six black men had been incarcerated as of 2001. If current trends continue, one in three black males born today can expect to spend time in prison during his lifetime
• Nationwide, African-Americans represent 26% of juvenile arrests, 44% of youth who are detained, 46% of the youth who are judicially waived to criminal court, and 58% of the youth admitted to state prisons (Center on Juvenile and Criminal Justice).

Yes. I would say the statistics above move beyond Langston Hughes dreams deferred. It is in fact, my retitlement- the death of dreamers and their dreams. So then, how do we reconcile the temperament adults cast toward this young man? How do we explain to a cadre of young black boys a justifiable cause for acts of continual chastisement when, to them, they see greatness? They see miracles and the “dare to believe the unbelievable” preached about in Sunday School and pulpits? Here we have an opportunity to exchange a few things. Would you not agree that taking issue with Cam Newton’s end zone demeanor that is fueled by his youth and love of the game, pales in comparison to a much larger presence he makes?

I wonder what Columbia Records, a division of Sony Music, had in mind when they commissioned Pharrell Williams to write a theme song for the movie Despicable Me and he titled it “Happy”. Could it be that this generation, super athletes included, interprets the world differently from the protocols and practices “we” see as befitting of a representative of the super star class? Could it be that Cam’s “happy” dance propels and energizes him after running and passing and yes, then celebrating in the end zone, and igniting young fans by giving them the football?

Imagine that! He hands over a football that will transform a child forever and, even with this, he is scolded as being “fake”, unreal and anything but genuine. Could it be that Cam Newton simply wants to have fun and enjoy what his athletic gifts have afforded him? Isn’t this what we have forgotten to do in pursuit of our dreams… have fun?

Cam Newton, I’m so very, very proud of you! Here’s to an amazing kickoff-just do what you do and make us proud!