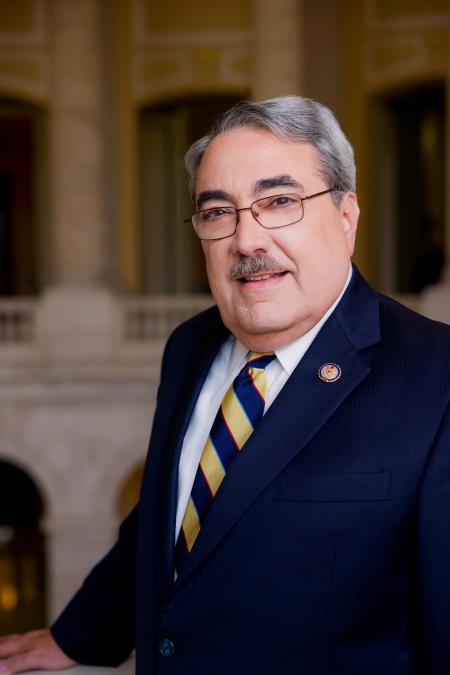 Congressman G.K. Butterfield has responded to Governor Pat McCrory’s refusal to expand medicaid under the Affordable Care Act.  His remarks are relevant and need to be read in its entirety. County Impact has provided a link and the text to the article he wrote that was published in the Durham Herald-Sun.

Butterfield: Privatization of Medicaid will cost us in the long run

Over the past several weeks there has been no shortage of news reports questioning whether North Carolina would benefit from expanding Medicaid under the Affordable Care Act (ACA).

As a member of Congress who serves on the House Energy and Commerce Committee, where much of the ACA was authored, and on the Health Subcommittee, which has jurisdiction over much of its implementation, I can knowledgably answer that question.  Yes, North Carolina would greatly benefit if Medicaid expanded under the ACA.

The question I cannot answer though is why our new governor, Pat McCrory, would choose to block Medicaid’s expansion. Doing so denies hundreds of thousands of North Carolinians from gaining access to health care. When ultra-conservative governors from New Jersey to Ohio and Florida to Arizona see the clear benefits of expansion, I must question where Governor McCrory is getting his advice.

Claiming that it would burden the state, last month the General Assembly passed and Gov. McCrory signed into law Senate Bill 4, the “No N.C. Exchange/No Medicaid Expansion” bill. In deciding to approve this measure Governor McCrory not only turned his back on more than a half million poor North Carolinians who would have qualified for Medicaid under the expansion, but he also proved how little he thinks of the poor when making policy decisions.

Instead, Gov. McCrory has chosen to privatize Medicaid stating that the change will “provide comprehensive care, better outcomes, better customer service, better efficiency and sustainability.” These assertions are simply false. Handing off Medicaid to private, for-profit corporations that he is calling “comprehensive care entities” will severely limit patients’ access to healthcare, cut critical medical services, and turn caring for the poor into a profit-driven business. It will make emergency room visits more common and prolong the struggle to control the costs associated with uncompensated care. And, in the end, it will prove catastrophic for the very people Medicaid is intended to help.

The truth is that had Gov. McCrory elected to expand Medicaid, the federal government would have paid 100 percent of the cost of expansion for the first three years and 90 percent in subsequent years. I repeat, the federal government would pay the entire cost during the first three years, and the state would only have to contribute 10 percent in the years following. In real terms, expanding Medicaid in North Carolina would have saved the state more than $65 million over the next eight years and resulted in adding nearly $1.5 billion to the state’s bottom line – a significant boon to our economy. To keep pace with the expansion, drug makers and medical device manufacturers would also have needed to expand, adding a total of 23,000 jobs in the state.

But instead, Gov. McCrory has chosen to privatize Medicaid.

Expanding Medicaid under ACA is not only the right thing to do by the 9.7 million North Carolinians that call our state home, it is also the financially responsible thing to do for our taxpayers and the state’s budget.

Yes, the cost of expansion under ACA can be large, but the health and financial benefits are far greater.

I am terribly disappointed by Gov. McCrory’s actions and I sincerely hope that he reconsiders his decision to deny healthcare to low income citizens.