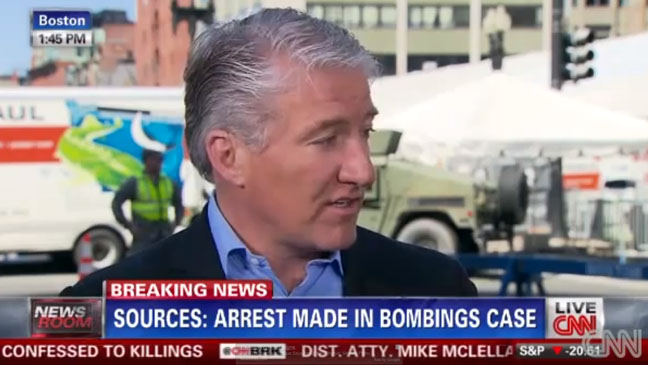 Networks scramble to be the first to report breaking news. So was the case yesterday when CNN’s senior  correspondent John King reported the Boston Marathon  bombing suspect was “a dark skinned male”. This report, of course, was not substantiated by FBI or Boston’s authorities. It was a case of false information. Unfortunately, his reporting did more than disappoint the public believing the suspects had been apprehended; it inflamed the black community and its leadership. Blogs, radio and television captured John King’s reporting and expressed concern that he could have gotten his reporting so wrong.

There were no winners yesterday. The families devastated by the events had their hopes thrashed believing they were one step closer to justice being served. The black community, mourning with those attacked, now find themselves, defending “dark skinned” males during a time where sensitivity around race is real.

NAACP President and CEO Benjamin Jealous released a statement saying, “The fact that this information was false is only part of the problem. Our concern is that CNN used an overly-broad, unhelpful and potentially racially inflammatory categorization to describe the potential suspect. History teaches us that too often people of color are unfairly targeted in the aftermath of acts of terrorism. We ask that CNN, and all media outlets exercise caution and weigh the potential implications of such a categorizations in future reports.”

The nation mourns with the families of the victims of the Boston Marathon bombing. This is a call for all media outlets to exercise extreme caution when reporting news about events such as this. Ratings, and the race to be the first, are understood within the context of news reporting. However, failure to identify key sources necessary to ensure public trust and credibility is imperative. Let’s turn our attention back to Boston and the healing it needs as the search for the suspects and their apprehension, continues.