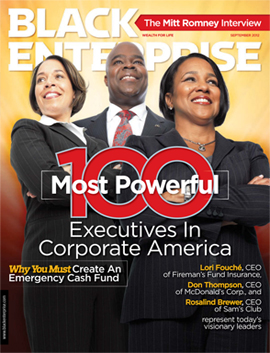 County Impact often gets request to comment on various issues that are meaningful to people of color and issues relevant to low wealth communities. Taking a look at African American spending power has been such a request. African American spending power is projected to reach over $1.1 Trillion by 2015. Data that tracks African American preferences describes them as a “highly influential and growing consumer segment” by the Nielsen Company. Over the next few BLOGS, COUNTYIMPACT  will bring you excerpts from the Nielson findings as well as attach a link – see below- to access the entire report. This BLOG will present sections of that report in part. Direct quotes are provided below in italics.

State of the African American Consumer 2012

In 2012 the African American consumer population continues to be a vibrant and dynamic market segment, providing both emergent and mature market attributes. Still the largest racial minority group in America, with a projected buying power of $1.1 trillion by 2015. Black consumers remain at the forefront of social trends and media consumption. This second collaborative report delves deeper into the insights of this increasingly diverse and complex consumer segment highlighting important sub-sectors of the population- Millennials, Baby Boomers, urban and suburban dwellers, single mothers and grandparents. Companies that seek to better understand the unique lifestyles, habits and shopping patterns highlighted within can enhance their chances of creating better connectivity with Black consumers. Similarly African American consumers are entrepreneurs will find information that can be helpful in making informed decisions about which products or services to buy and have a better understanding about the companies that provide them. The disparity in advertising dollars spent with African American media is mapped out, suggesting a need for more fair methods of administering advertising spending to better reflect and align with Blacks’ preferences and the media environments most trusted by Black consumers.

When asked which term Blacks preferred:

2012, the number of Blacks in America reached almost 43 million, representing approximately 13.7% of the U.S population. Since 2000, the total U.S. population only increased by 11.3%, while the Black population increased by 17.9%, a rate that is 1.6 times greater than overall growth. While the Black population continues to be the largest racial minority in the United States—Hispanic is an ethnicity, not a race—it must be noted that in 2012, for the first time, total Hispanic households outnumbered Black households, just slightly, with a representation of 14.81 million and 14.46 million households, respectively 3 household makeup family members related by birth or marriage comprise 66% of all American households and 64% of African-American households. Companies seeking to align with mothers and grandparents will find optimal opportunities within the Black community as a Black household is 127% more likely to include a single parent, most often a woman.there is also a strong cultural precedent for intergenerational family members living in one household. Almost 19% of grandparents living with their grandchildren are African-American, and 48% of Black grandparents who live in the same household with their grandchildren serve as their primary caregivers. Today’s American moms direct most of the family spending, and grandparent-led households spend 4% more per year than all other households—so understanding the amplified role of single Black moms and the 621,000 Black grandparents in primary-care positions may help companies and advertisers craft strategies for these two distinct and important segments.

With an overall aggregate household income level of $695.6 billion, African Americans continue to be viable consumers with a collective buying power estimated to reach $1.1 trillion by 2015. The Black population and its aggregate buying power is overall more geographically widespread and diverse than other ethnic or racial segments. Companies seeking to connect with more affluent African Americans  will find in certain Nielsen Designated Market areas (DMa), there is a correlation between a large Black population and a large base of higher-earning Black households. The Washington, DC DMa, for example, is 25%African American and has some of the highest African American median household incomes in the country.