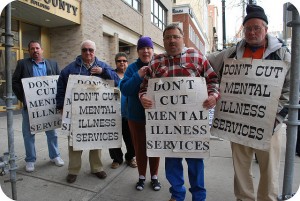 Boy Lee had on a number of occasions, been side tracked by the voices that would steer him in abusive directions. Being born both a child with special learning needs, while battling mental illness at the same time, proved to be too much for Ms. Lizzie to bear. You see, both were trapped in a real world with real issues. She did not have the means to provide for him the way she wanted to, and he, trapped in two worlds, special needs and mental illness, capped atop the reality of funding streams and political aisles that tossed his support from one fiscal year to the next, never really knew when one journey would end and another would begin.

You see, Boy Lee- as his family called James, had a difficult time distinguishing between right and wrong. Mood swings prompted behaviors that were dangerously out of control, even with the meds he would take, on time, as instructed with no room for error. Homes for wayward boys and other children were sought after for his care. It was summer time every year and with it came the family’s anticipation of Boy Lee’s arrival… back home, to be with his family. The hope was “this time” he would “act better” and fits of rage and anger would be replaced with love for his mother and his family.

One early morning a little girl awakened to an environment that had been made hostile that same night. Rural life and poverty were among the many challenges Ms. Lizzie faced trying to raise Boy Lee alone, as a single mother. There were no separate quarters to rest back then so in that room that night was Ms. Lizzie, the little girl and Boy Lee. He was in his own bed just across the room and Ms. Lizzie and the little girl all tucked in for a night’s rest, was confronted by the illness that tugged at his mind and caused him to strike and injure Ms. Lizzie.

That night Boy Lee and Ms. Lizzie had a terrible fight and once again Boy Lee had to be sent away. Sadness loomed for days. You would have thought the family was accustomed to his ranting, but they were not. It was love for a son and a family member that kept discontentment alive and hope for treatment Boy Lee so desperately needed, and Ms. Lizzie could not afford.  She lived in a poverty place. Her skills were agricultural- farming based. Her community of skills could not earn her what she needed to personalize his care or keep him off of public supports. Poverty is just not a “personal” issue; it is a community, state, national issue. There are places of persistent poverty that hold hostage those who live there. They have neither the means nor the ability for real change. Just like Ms. Lizzie, there are moms and dads and families and communities struggling with the trials of mental illness defying its consumption of their loved one with a dependence on public supports to help.

The options for support were few. With each decision made to send him to a group home or other mental health facility was complicated by his learning disability. So little was known back then about how to best treat Boy Lee. Best practices were a loose conglomeration of experiences coupled with laws and regulations that had to be attended to in the absence of “better” practices.

Just think, if that night had repeats that were limitless, what might have happened? Appropriations in support of places that cared for Boy Lee saved Ms. Lizzie’s life and the life of that little girl that lay resting in an unknown world of violence that had taken place around her as she slept. Not only were they saved, but so were the others that lived in that home; some were kids. Then consider the public danger. Boy Lee was known to want to fight and steal and harm others. What would have been his final bed and the cost? His life; charging at a police officer with his fits of rage? Or, would it have been, more likely than not, without community-based  intervention, a prison quarter paid for by taxpayers  at a rate far greater than the group homes he floated through and finally had to call home.