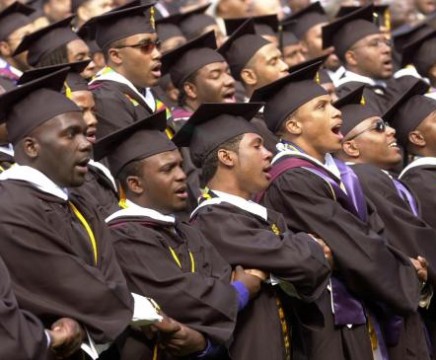 It’s the smells in the atmosphere of rural places that captures your attention. The air aromatic with sage and wild flowers, blue skies and lots of land and trees. It is the silencing noise in the background and the peculiar nature of feeling exuberantly independent that gets you going amidst the fear and concern for so much independence and so much that’s unknown. Going to school in the rural south with its outdoors, fills a new vocabulary of thinking and speaking and experiencing familiar things made complex by the politics of just living inner city or within a metropolis of raw power that exceeds, most time, your own personal jurisdiction. It’s a new experience, rural living, and it is just this sort of peculiarity that captures the attention of some kids when deciding where to go to school.

It is small-town USA with its close-knit neighborhoods and calm after hour spots that get the appeal going. A much different life, rural living is, than the siren filled inner-city places and large metropolises where everything is impersonal, and no one is a brother’s keeper. The decision to attend a small “community-based” institution is a big one. Perks of small classes, engaged teachers and with one on one tutorials and a community that appreciates the influx of intellect and rising talent, increases an appeal that rivals their larger counterparts.

Of course, the choice to attend a small school or not, has everything to do with a number of factors to include geographic, economic and others. Then contending is Pell grants, legislation, partisanism, and poverty-fragile family economics. Historically, Black Colleges and Universities- HBCU’s, have since 1837 commissioned their own cause to teach young African-American men and women within the context of a time of segregation. The willful denial of people of color to an education and when allowed, one that was intentionally inferior, paved the way for the founding of HBCU’s.

Sadly enough, time and change have taken its toll on the majority of HBCU’s whose mission includes the education of black kids when other institutions turn them away.  On June 30, 2013, after 125 years of service, Saint Paul College in Lawrenceville, Virginia will close. The college has stood as a stalwart champion for the education of kids of color in a small rural town environment. The contributions are countless and the impact after closure, measurable.

On behalf of County Impact, we applaud St. Paul College for its unfailing love for the students who graced their campus and for the rigor of college life that challenged, while molding, young minds. You have left an indelible mark… a legacy.  Now is the call for all graduates of HBCU’s to give. What is needed alongside dutiful diligence, is support from its alumni and from the community at large. HBCU’s have been there for countless African Americans, now is the time to be there for them.