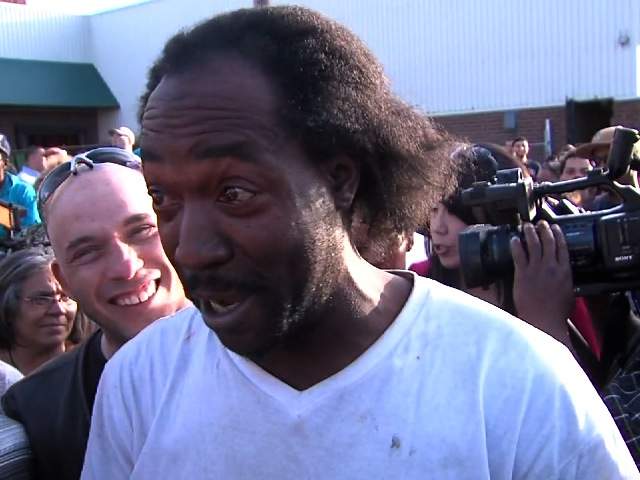 Life is said to be peculiar with its ups and downs. Economics, education and an eventual twist that headlines around the world, are all possibilities if you are willing to step outside of your world, and enter another as a “neighbor.”

Doing well is not a headliner that draws a lot of attention. Typically, network choices are the more contentious, sordid and disparaging in content. Then, there comes a story so amazing, that you have to pause in everything about you, to applause and say, well done. Such was the case in the recent rescue two days ago, of three young women who were kidnapped and held hostage for over 10 years.

For Mr. Ramsey, his day probably started like most, a typical day with nothing “unusual” happening until it happened. Many would describe the event as moments of serendipity; a time when all the stars aligned perfectly for the three women to escape. Yet, the likelihood of a coincidence this magnanimous, could present itself so perfectly, is highly unlikely. It would take the prayers of families and friends with an unwavering faith, to believe in the very best outcome of three girls they loved and believed were still alive. The power of prayer and faith at work was the unanimous conclusion to an incredible outcome; three girls, all alive, full of hope, because of a neighbor.

History notes defining a neighbor. In the account, there was an injured man along a roadside in need of help. Many passerby’s – those in great authority were said to be some, ignored his needs; refused to get involved. Then, there was another traveler, a gentleman who not only stopped to help, but rescued him from the streets, took him to be lodged and made sure his needs for health care and recovery were met.

This was said to define a neighbor; the command to love one’s neighbor as yourself.  If you love another as if it was personal, then the call to act on behalf of a stranger is a much simpler consideration. Some confrontations are the “true grit,” the kind Mr. Ramsey faced.  Most points of caring simply take a phone call, a tweet, a posting to Facebook or a Blog, contacting a legislator, attending a town-hall  meeting or rooting on a just cause with financial support. Either way, being neighborly is the reality of the construct that must be created if we are to combat crimes against people, and sex crimes against women, in particular.

So was the case with Mr. Ramsey. He saw a need and like the “good Samaritan,” did not walk away from it, but moved toward it and provided aid.  Caring is not dependent upon education, geography or economics- it begins in the soul and moves into action. It is easy to talk about and then boast of caring using quotations from spiritual sources, but it is another to be caring in action. Compassion is exercised in response to understand what it really means to be human. Injustice is the fruit of impassioned beliefs casting a prejudice without full knowledge or walking barefoot, unstrapped with no strings, of another, instead of believing there to be boots, straps and strings.

County Impact sends prayers to the three women and their families as their recovery begins. And, to Mr. Charles Ramsey, for the organic nature of his courage in the face of a decision to act or not to act, thank you for doing what comes natural to being human, and that is respond whenever there is a cry for help no matter for who and from what community comes that call.