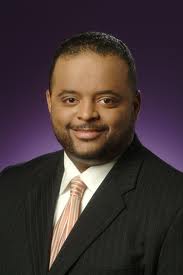 Congratulations to Roland Martin for being named National Association of Black Journalists’ Journalist of the Year at a time when debates are underway to determine why there is an absence of people of color anchoring major networks to include CNN, MSNBC and Fox.  But, Noland’s award is bitter sweet. While he will accept this award in an official ceremony this summer, he faces being let go at CNN after six years of service.

A decision was made not to renew Roland Martin’s contract is of concern for people of color and should be for everyone. The absence of experienced journalist of color is in direct correlation to the lack of them in managing positions at networks as they struggle to rise through the ranks to be anchors. Talent doesn’t just happen, it is developed. Developing talent requires a commitment of resources in all industries with a fundamental belief that it is the best thing to do.  Potential has to be nurtured with a longer commitment to use such talent when opportunity is presented. Investing in future talent is a call to all agencies and organizations that wish to express their commitment to the communities they serve.

Understood is the must – networks and all other businesses have to protect and ensure their fiscal strength matches their public face.  Making a profit to withstand the ebbs and flows of business considers not only the bottom line but company integrity and equity in hiring. The strength of a public value is highly correlated with the strength of a company’s value. Handling employment concerns mirrors the way in which a company handles its own future. Eventually, there is a day of reckoning when board of directors and investors will be confronted with a demand for a broadened sense of fairness. The integrity in which they operate will be challenged. No such attention is necessary from a public perspective, if a corporate will accepts the broader good of its work and bind within their own sense of public good, the need to fold within their highest ranks, diversity.

Competition is a good thing. It brings out the best; it stretches intellect and inspires innovation.  The most gifted live to be inspired to perform and bring resolve. Moving to the top of their class in the industry is a marvelous pursuit yet, this quest is not the appetite by race or gender, but by individual. All have been granted inalienable rights that either are satisfied within the context of their own creation or in passion and belief in someone else’s creation. Either way, they pant after ascending to the best of the best- and oh how marvelous is such a pursuit.

So, the wish of journalist of color is not a hand out, but opportunity to grow and meet emerging challenges when anchor positions are available. The public deserves such a perspective of color, and culture and gender.  They deserve translation of information within the context of such differences. We are enriched by their perspective. It is the management arena that anchors are allowed latitude of real perspective and media influence is exercised. The National Association of Black Journalists have voiced their concerns and spoken to the need of a diversified newsroom with corresponding management positions.

A public face of people of color on major networks, leads in presenting the public with what it will grow to value. Viewer perspectives reflect who they see and the perspectives that differ with culture adds tremendous value to the marketplace while expressly communicates to young people of color that their aspirations are possible because of the models that are before them. Getting kids to dream begins with an introduction to the reality of that moment. Watching those who have arrived is as important as the dream.

The number of articles and remarks made about people of color and their work ethic has layers unseen. The doors are shut, curtains drawn and there cloaked in a room of a few, the decision is made. Making a distinction between talent by race, color, ethnicity and gender has never been a good idea. It is not ideas that prove the legacy of an entity, but their core values that are thrown against a canvas of public review and when battered and torn, it stands with pure resolve, that all people are created equal. Such an ethical demand when matured and vested properly in an ethic of work, replaces promotion by cultural association of the politics of the qualification, by a pure resolve embedded in both a personal and corporate constitution.